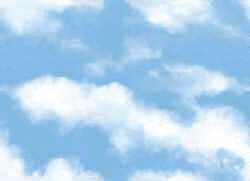 Have you ever prayed for healing and not received it? The Bible says that there are a number of things that can hinder our prayers. Cherishing sin in the heart is just one example. But, that is a study unto itself. In the final analysis, though, even if nothing is hindering our prayers, God is still sovereign, and he can say "no" or "wait" if he wants to.

So, that leaves the question, "Why do bad things happen to good people?" Or, "What kind of God allows a tsunami to take so many innocent lives, especially women and children?"

In a way, it is a good question. As children, we are born idealists, and when things go wrong, deep down we know that there is something about it that shouldn't be that way. In the book of Revelation we see an attractive picture of Heaven, in which there is no crying or pain, and it is said of the New Jerusalem, the city made by God and lowered to the New Earth, that nothing impure will ever enter it. What would Heaven be like if those who lived there had to worry, never knowing if one day something might go wrong...

There is bad news and good news.

To really answer the above questions, why God allows the devastation of innocent people, it is necessary to realize that there are really no "innocent" people. God originally created all things very good, but mankind chose the way of sin. The Bible says, "For all have sinned and fall short of the glory of God." - Romans 3:23. What do you think is God's requirement to get into heaven? We already know that nothing imperfect will ever be there. And most people are willing to admit that "nobody's perfect." No human has ever led a perfect, sinless life except Jesus Christ.

Everyone seems to know that God is love, but what is not widely talked about in this culture is that He is also a God of justice. Every child is concerned with what is fair. And, God is not about to let sin go unpunished. That is why in His great love He provided a way for His own Son to be punished in the place of us. He will not only take the lives of sinful people, (remember, He even allowed His own Son to die - the only true innocent), but he will send them to a fiery hell he himself has prepared, unless they take advantage of the salvation the Lord has provided. In Luke 13:4-5, Jesus said, "Or those eighteen who died when the tower in Siloam fell on them-- do you think they were more guilty than all the others living in Jerusalem? I tell you, no! But unless you repent, you too will all perish." As for women and children, God is no respecter of persons; we all have equal footing before Him in these matters.

If you still think you might be good enough to sneak into Heaven, consider this: God has a holy law. I daresay most people can't even name the Ten Commandments1, let alone follow them. Here are just three of the ten:

#1. "Thou shalt have no other gods before me." Have you always put the Lord as first priority in your life at all times?

#9. "Thou shalt not bear false witness..." Have you ever met anyone who never told even one white lie their whole life, besides the Lord Jesus?

#10. "Thou shalt not covet..." This shows that even desiring in our hearts to do wrong is, itself, sin.

God wrote these commandments with His own finger, twice. If you want to read the rest of them, they appear twice in the Bible; the first time is in Exodus 20. So, the question is not so much, "Why do bad things happen to good people?", but more, "Why do good things happen to bad people?" This too has an answer: "He causes his sun to rise on the evil and the good, and sends rain on the righteous and the unrighteous." - Matthew 5:45. This is called common grace. Why does He do it? "The Lord is not slow in keeping his promise, as some understand slowness. He is patient with you, not wanting anyone to perish, but everyone to come to repentance." - 2 Peter 3:9. God is patient, so what exactly is He waiting for us to do? You probably already have an idea.

To accept God's gift of salvation, one must commit one's life to His Son, Jesus Christ, as Savior and Lord. Pray to Him and ask Him to take your life into His care. Don't put it off; you never know when the delay may have fatal consequences.

You may be saying, "Jesus may be fine for you, but there are many roads to God; I will find one I like." But, Christ Himself said, "I am the way and the truth and the life. No one comes to the Father except through me." - John 14:6. So, in the first place, As C. S. Lewis pointed out, you would have to call Him a liar (or a lunatic) if you do not accept that He is who He claimed to be: the Lord. Secondly, consider that if there had been an easier way for God to provide salvation than to sacrifice His own perfect, precious Son, don't you think He would have taken it? Therefore, it is an insult to the Father to suggest that His way was unnecessarily difficult. This is not the only place in the Bible to say so. "Salvation is found in no one else, for there is no other name under heaven given to men by which we must be saved." - Acts 4:12.

The Christian life is a battle. To start with, committing your life means confessing you are a sinner and repenting of your evil ways. Repenting means turning away from sin and agreeing that you want to do things God's way. Remember He is not only Savior but also Lord, which means He is the Boss. This does not mean that we become perfect from this point on during this life; but, with His help, we should be able to do much better. The Christian has two natures: the old sin nature is still present and battling against the new spiritual creation which is being renewed day by day. It is a myth to say that becoming a Christian solves all your problems immediately. If anything, things get more difficult. The Christian has three enemies: the devil, the world's system, and his or her own sin nature.

God also works out suffering for our own good. According to Greg Laurie2, God uses suffering to:

The Bible agrees. "Blows and wounds cleanse away evil, and beatings purge the inmost being." - Proverbs 20:30. This is another aspect of why God allows bad things for us. It is His love. Now that the punishment we really deserved, death and hell forever, has been disposed of by Christ for those who believe, the comparatively light and momentary troubles we have now are disciplinary, for our own good, and God's glory. "For our light and momentary troubles are achieving for us an eternal glory that far outweighs them all." - 2 Corinthians 4:17. Ecclesiastes 3:14 says "I know that everything God does will endure forever; nothing can be added to it and nothing taken from it. God does it so that men will revere him."

Another great promise God has for us in His word is that "No temptation has seized you except what is common to man. And God is faithful; he will not let you be tempted beyond what you can bear. But when you are tempted, he will also provide a way out so that you can stand up under it." - 1 Corinthians 10:13. The other side of the coin, as R. C. Sproul pointed out in his book, "Knowing God", is Acts 14:22: "strengthening the disciples and encouraging them to remain true to the faith. 'We must go through many hardships to enter the kingdom of God,' they said." So, not only does God not allow us to be tested more than we can bear, He also does not allow us to be tested less than what we need. God knows exactly what we need, and He loves us, He gives it to us, working all things together for the good of those who love Him and for His glory.

If you are having trouble believing, I invite you to read my other short paper, "Why I Believe" by O. P. Martin.

The Bible says there are two kinds of suffering, one for doing good, and one for doing evil (1 Peter 2:20; 1 Peter 3:17). So, the next time things are not going our way, perhaps we can prayerfully ask if this is a "Job" or a "Jonah" situation. It could be either.

Finally, we have the promise that if we suffer a little like Christ now, we will also be raised unto eternal life with Him. One excellent proof of this is Christ's own resurrection - one of the best-documented facts of history.

7 But whatever was to my profit I now consider loss for the sake of Christ.
8 What is more, I consider everything a loss compared to the surpassing greatness of knowing Christ Jesus my Lord, for whose sake I have lost all things. I consider them rubbish, that I may gain Christ
9 and be found in him, not having a righteousness of my own that comes from the law, but that which is through faith in Christ-- the righteousness that comes from God and is by faith.
10 I want to know Christ and the power of his resurrection and the fellowship of sharing in his sufferings, becoming like him in his death,
11 and so, somehow, to attain to the resurrection from the dead.
12 Not that I have already obtained all this, or have already been made perfect, but I press on to take hold of that for which Christ Jesus took hold of me.
- Philippians 3:7-12.

Don't let anyone tell you there is no hope. We have the hope of glory.